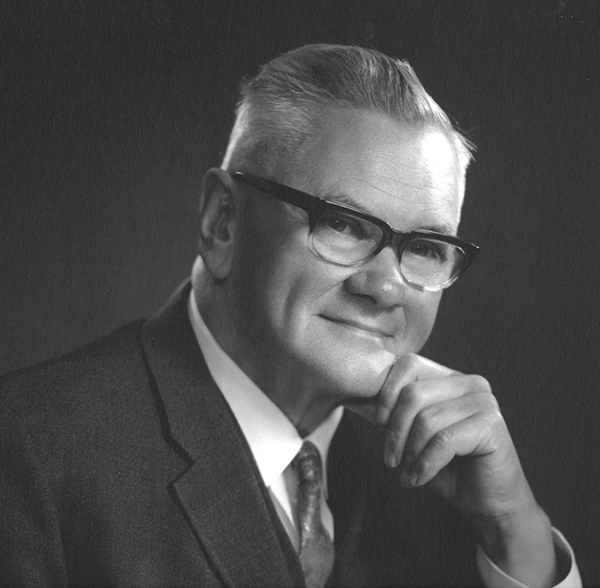 The College Is Founded:

On June 17, 1954, the College of General Practice of Canada held its inaugural meeting at a modest supper club in Vancouver. As their first president, the delegates elected Dr Murray Stalker, Dr Johnston’s main ally in the preceding years at the CMA. The CMA had awarded the College a $10,000 start-up grant; the College had 400 registered founding members. The College’s first offices were set up on St George Street in midtown Toronto, at the then headquarters of both the CMA and the OMA.

On June 17, 1954, the College of General Practice of Canada held its inaugural meeting at a modest supper club in Vancouver. As their first president, the delegates elected Dr Murray Stalker, Dr Johnston’s main ally in the preceding years at the CMA. The CMA had awarded the College a $10,000 start-up grant; the College had 400 registered founding members. The College’s first offices were set up on St George Street in midtown Toronto, at the then headquarters of both the CMA and the OMA. 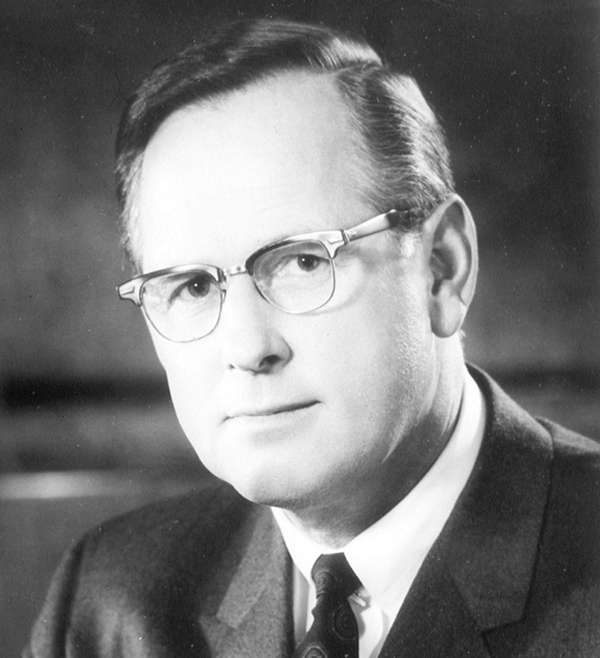 The next 10 years were eventful. In 1965 Dr Rice officially succeeded Dr Johnston as Executive Director and acted quickly to realize the goals of his 1964 mandate. In 1966 the first two residency programs in family medicine were established at the University of Calgary and the University of Western Ontario (now Western University). The programs were three years in length and the graduates qualified to sit the first Certification Examination in Family Medicine, held in 1969. Thirteen candidates sat this first exam in 1969, but by 1974 there were nearly 1,000 newly certified family physicians, and the percentage of new candidates who were residency-trained was increasing steadily. By 1974 accredited family medicine residency programs existed in all 16 medical schools.

In 1967, to recognize the new discipline and the need for a renewed direction, the College changed its name to the College of Family Physicians of Canada.

In 1978 the College established the Section of Teachers of Family Medicine, to provide a forum and support for the rapidly growing number of academic members. The Section proved to be an important resource to the academic community, holding regular national conferences for the next 25 years. These conferences became a focal point for educational creativity and the sharing of ideas, and fulfilled a need as a resource for faculty development within the new discipline.

In 1981 the CMA called for a national review of family practice training. At the time, nearly half the medical students entering family practice had completed residency training, while the others had completed one-year rotating internships. This dual pathway was seen as problematic, so the CMA Council set up the Task Force on Education for the Provision of Primary Care Services, later known as the Wilson Task Force (after the chair, Dr Lawrence Wilson). The Task Force had a broad mandate: to review current training routes and to make recommendations for the future training of general practitioners.

The College was an active partner in this exercise. The final recommendations of the Task Force in 1984 supported the College’s programs and recommended there be a minimum requirement of two years of prelicensure training and one preferred route of residency training for general practice. It was further recommended that the College be the standard-setting body for general practice training. 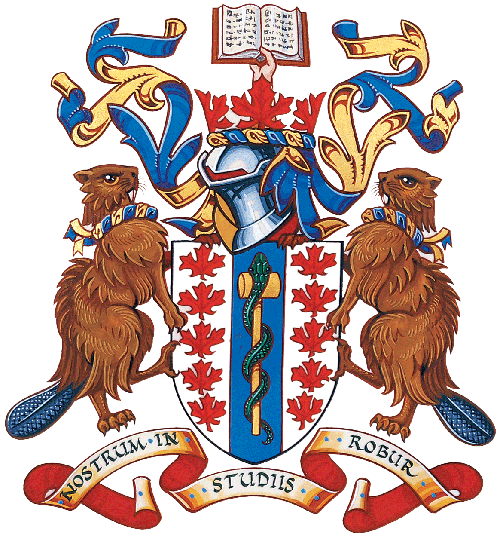 The College Coat of Arms was designed under the supervision of Mr. R. G. M. Macpherson and presented on October 6, 1976 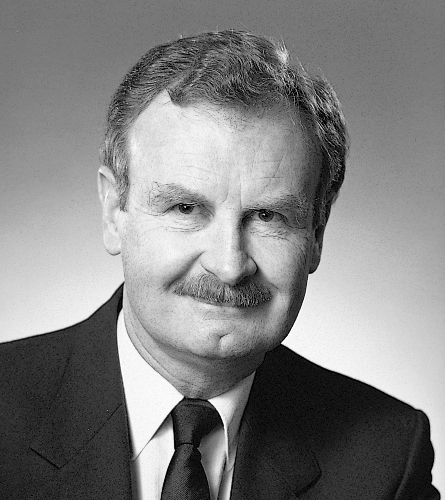 In 1985 Dr Reginald Perkin succeeded Dr Rice as Executive Director; he would build on the College’s renewed mandate and lead it through many challenges during the next 10 years. A new CMA task force continued with the work of examining the best ways to move toward discipline-specific training in family practice. Although alternative routes were recommended and even offered in some provinces, the default continued to be family medicine residency training.

Dr Perkin oversaw the development of the Four Principles of Family Medicine and a curriculum review that moved the College in very new directions in the content and structure of training programs. Time-based rotations were questioned in favour of a horizontal curriculum, and the amount of clinical time spent in family medicine was doubled from four months to eight months during the two years of residency. The report urged programs to distribute the family medicine content over the full 24 months of training, by integrating family medicine clinical time into training in other clinical settings in a horizontal manner. Defining the discipline in four principles broadened the content and contexts of learning. Nothing as significant in terms of curriculum design would be seen in Canadian medical education until the introduction of the Educating Future Physicians for Ontario (EFPO) project and, later, the CanMEDS competency-based curriculum.

The Family Physician Is a Skilled Clinician

Family Medicine Is a Community-Based Discipline

The Family Physician Is a Resource to a Defined Practice Population

The End of the Junior Rotating Internship

During the 1980s Alberta and Quebec moved to a two-year prelicensure requirement, and other provincial regulatory authorities followed, resulting in the demise of the junior rotating internship by 1992. Certification in Family Medicine and residency training were now the default route to licensure to practise family medicine. However, the change was not accompanied by all the necessary funding to expand the existing training programs. Dr Perkin and the College Board recognized that the shortfall would inevitably lead to a reduction in the number of family physicians available to serve Canadian health care needs. As a result, the College shifted its focus from being purely educational to taking on a more politically active role, looking at health care resources and working to reverse a diminishing population of family physicians.

One of the final important initiatives of Dr Perkin’s term was the establishment of the Section of Researchers in 1995. In many ways, its creation helped advance one of Dr Johnston’s original aims and objectives: create a home and support for family medicine researchers in Canada. While much had been done over the years to support family medicine research and publication, to this point there had not been a national forum to support and lobby for enhanced resources and professional development..

Between 1995 and 2012 the College underwent enormous growth, more than doubling its membership, which, by September 2013, was approaching 30,000. With an ever larger constituency, and with confidence in the educational stability of the discipline and the continued growth of the residency programs, Dr Gutkin turned his attention to some of the more political challenges facing the discipline. He initiated a number of projects to bring the attention of policy makers to family medicine by building an effective health policy portfolio within the College and establishing closer working relationships at national and provincial government levels.

Among Dr Gutkin’s most important legacies is the establishment of the National Physician Survey in collaboration with the CMA and the Royal College of Physicians and Surgeons of Canada. The survey has provided organized medicine with valid and reliable data on physician practice patterns and human resources. It also has provided much-needed data to support efforts at reforming and supporting family physicians in their day-to-day practice. 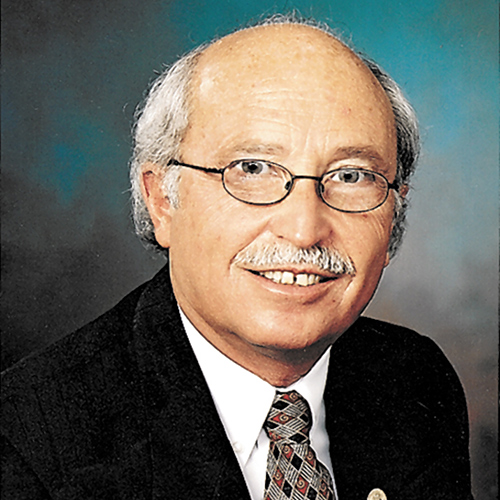 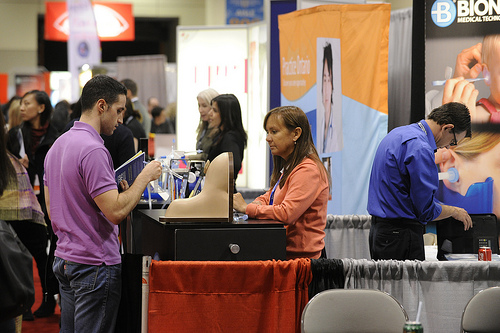 To drive membership recruitment and build a national family medicine community, Dr Gutkin led initiatives to restructure the College’s annual meetings and scientific assembly, creating Family Medicine Forum: a week in which family medicine leaders, teachers, researchers, and practitioners come together for policy discussions, faculty development, and continuing education, as well as to celebrate the discipline.

Section of Family Physicians with Special Interests or Focused Practices

One of the more controversial but important initiatives of Dr Gutkin’s term was the creation of a new section—the SIFP—to recognize members who had developed a special clinical interest within their practice. The College has always supported fully comprehensive practice but Dr Gutkin identified the need to support and recognize members who chose to focus their clinical work. In 2012 the College approved the awarding of Certificates of Added Competence (CACs) in designated areas of clinical work, while also building an infrastructure to support the ongoing professional development of members in these designated areas. 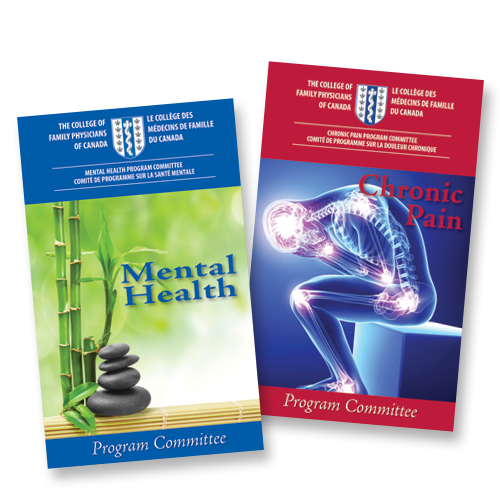 Dr Gutkin provided additional resources to support the College’s educational mandate and a shift to competency-based educational standards. The Triple C Curriculum was defined and implemented, and today the work continues to improve resident Education and.assessment .

While the College has made education its major focus since its start in 1954, Dr Gutkin shifted the emphasis to the practice community. Dr Gutkin and his leadership team saw the need to provide a national vision for a model of practice. They recognized that comprehensive and continuing care was the promise made to Canadians but that not every family physician could meet that expectation. Society’s changing needs called for family physicians with special skills and knowledge, and the College needed to ensure that this care was provided within the context of a medical home. Borrowing from work done by the American Academy of Family Physicians, Dr Gutkin led a project to outline a model of practice that could address the needs of new physicians entering practice as well as the evolving needs of contemporary society. 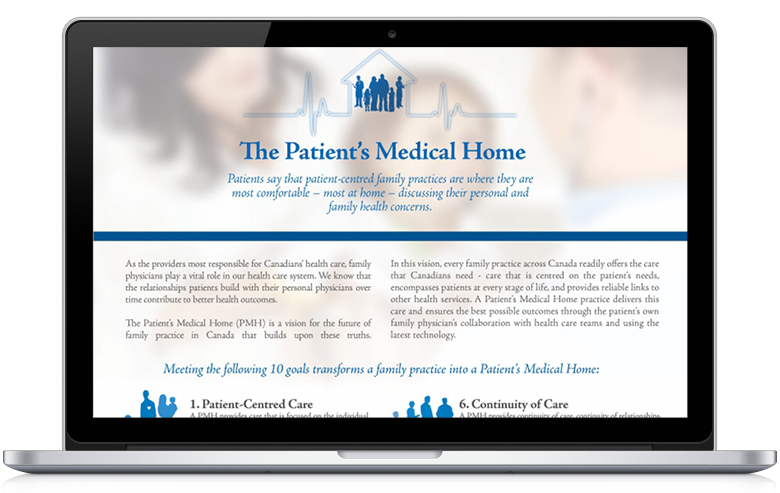 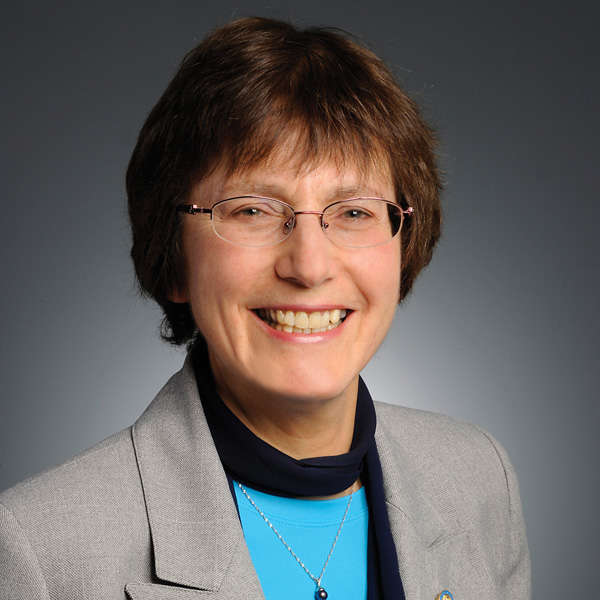 In 2013, the College appointed Dr Francine Lemire as Executive Director and Chief Executive Officer. Dr Lemire is the College's fifth executive director and the first woman to hold the position. 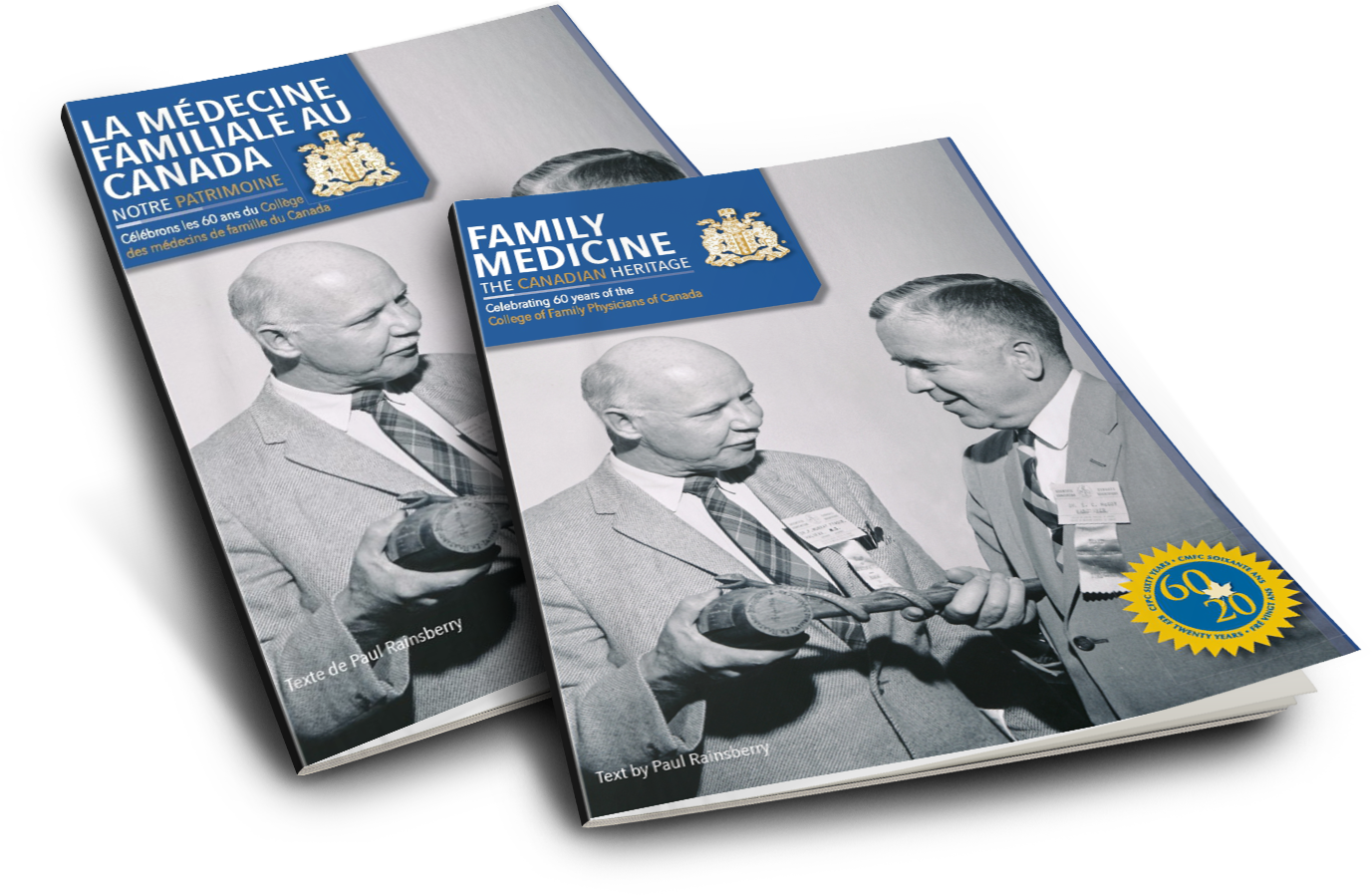